Skip to main content
OWN THE FURROW WITH SMARTBOX®

As the Ag industry moves toward faster, more efficient planting, a more sophisticated application system is needed. Own the furrow with SmartBox® - a system of variable rate and speed technology with greater accuracy at low application rates. It reduces worker exposure issues, improves farmer productivity and increases application accuracy.  The system is incredibly reliable, has only one moving part, requires essentially no field maintenance and is more accurate than conventional pulley’s and chain metering technology. Simply put, SmartBox is the most advanced closed-application system available.

SmartBox closed containers eliminate the need to open, empty and dispose of bags and packing material, reducing the potential for inhalation and skin contact.

Based on speed inputs from gps or radar, smartbox adjusts the flow rate to deliver a constant and uniform rate of product down the row, even if planting speed fluctuates.

With a product such as Aztec® HC, a 24-row planter equipped with the SmartBox system can treat 750 acres on 30-inch rows without reloading.

With the SmartBox Incentive Program, you can greatly reduce or even cover the entire cost of your new SmartBox System over three years with rebates on qualifying product purchases from AMVAC®. Check out the programs below.
Learn More 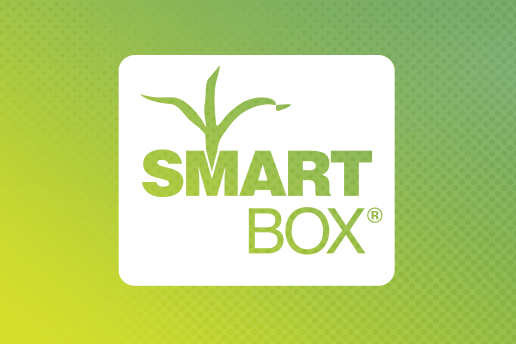 Plant at the speed of life, and get the job done fast, efficiently and extremely accurately with all-new, high-speed planters and the SmartBox System. From 2 - mph to a blazing 12 - mph, SmartBox is engineered for high performance at high speeds – and runs seamlessly with new generation planters. 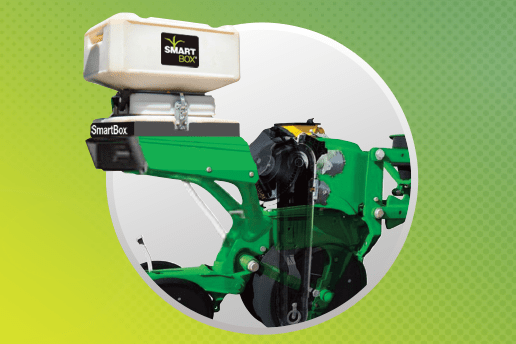 Choose from an array of reliable insecticides, and nematicides for your SmartBox System. We have the proven applications you need that fit the way you farm.

The power to control nematodes regardless of hybrid selection. Reaches beyond seed treatments to stop pests.

From parts to installation to operation, each short video goes over what you need to know to be successful with your own SmartBox System.

What is the SmartBox System?

The granular insecticides are delivered in 50-lb. transfer containers that can only be opened when attached to the SmartBox System base containers which are mounted on the planter.

What products can I use with the SmartBox System?

Currently, AMVAC offers growers different insecticides for the control of corn rootworm and secondary pests. They are AZTEC 4.67G, AZTEC HC, COUNTER 20G, SmartChoiceHC, Thimet 20-G, Force 10G HL, and DEFCON 4.67 for corn. AMVAC is always looking to expand the current portfolio of products to be offered through the SmartBox System.

Why should anyone use the SmartBox System?

Do I need to calibrate the SmartBox System?

AMVAC always recommends that you calibrate your SmartBox System. The SmartBox System is easy to calibrate and makes this needed procedure a much simpler process. All the grower needs to do is place the controller in calibration mode, collect a timed sample volume from each row, enter the amount collected from each row and hit enter on the controller.

What PPE should I use with the SmartBox System?

While the SmartBox System provides the best protection available, it is always important to read the label and follow each product’s recommended PPE.

Will the SmartBox System fit on any planter?

The SmartBox System will fit on just about any planter make, model or size up to 48 rows. The SmartBox System is endorsed by most of the key corn planter manufacturers such as Kinze®, John Deere®, Case I/H(R)® and Great Plains®. For specific questions on individual planter needs and mounting kits, call 1-888-SMARTBOX (1-888-762-7826) or talk to your local AMVAC representative.

What does the SmartBox System cost?

The SmartBox System is very economical, and in most cases, the SmartBox System actually costs less than conventional open granular boxes. Interested growers should contact their local AMVAC representative for the full details on the current price and potential purchase incentives. Call 1-888-SMARTBOX for more information.

How do I order a SmartBox System?

Growers can order their Smart Box System by either:

Get the most out of your SmartBox System right from the start by ensuring you have all the information you need. From pricing to calibration to installation, the below materials are here to assist you along the way.

The SmartBox System Manager software is a Windows-based PC program that is compatible with Windows XP – Service Pack 3, Windows Vista, Windows 7 and Windows 8.