Note: Further details are available in the financial schedules attached to this press release

Eric Wintemute, Chairman and CEO of American Vanguard commented, “Our overall financial performance for the third quarter and first nine months of 2018 improved at both the top and bottom lines. Net sales rose 24% in the quarter and 35% year-to-date due to businesses acquired in 2017, including OHP and AgriCenter. Net sales of pre-acquisition product lines were comparatively stable during both periods. In the quarter, we had strong performance from our cotton products and, on a year to date basis, our fumigants. Offsetting these performances, in the quarter, we recorded lower sales of Dibrom® mosquito adulticide – which, in the prior year, had experienced extraordinary demand in the aftermath of Hurricanes Harvey and Irma.”

Mr. Wintemute continued, “Manufacturing performance continued its recent strength, contributing positively to our gross margin percentage of 41% in the third quarter and 40% year-to-date.  Further, while our operating expenses rose on an absolute basis, they declined as a percentage of net sales, due in part to improved economies of scale across our businesses and in part to a G&A benefit from our quarterly revaluation of deferred purchase price consideration relating to 2017 acquisitions. Throughout the course of 2018, we have continued to integrate businesses acquired in 2017, launch innovative new products, maintain necessary regulatory compliance, and advance the development of our SIMPAS® precision application technology. During the third quarter, we recorded a one-time charge related to a change in the original estimate for the transition tax section of the 2017 Tax Cuts and Jobs Act. Overall, our net income increased by 60% for the quarter and 42% for the first nine months and, during the same periods, EBITDA  increased by 45% and 30%, respectively.”

Mr. Wintemute concluded, “During the final quarter of 2018, we expect solid year-over-year sales of our soil fumigants and our Equus fungicide, as well as from our domestic non-crop and our Central America distribution businesses. Further, we anticipate continued demand for our products in fruits and vegetables and pre-season purchasing demand for our corn products leading into the 2019 spring planting season. Taken together we anticipate achieving sales revenues in the range of $450 - $460 million for full year 2018 and gross margins in line with our year to date performance. We will provide additional detail on our financial performance and business prospects during the earnings call.”

Conference Call
Eric Wintemute, Chairman & CEO, Bob Trogele EVP & COO and David T. Johnson, VP & CFO, will conduct a conference call focusing on the financial results at 4:30 pm ET / 1:30 pm PT on Monday, November 5, 2018.  Interested parties may participate in the call by dialing (201)-493-6744 please dial in 10 minutes before the call is scheduled to begin, and ask for the American Vanguard call. The conference call will also be webcast live via the News and Media section of the Company’s web site at www.american-vanguard.com.  To listen to the live webcast, go to the web site at least 15 minutes early to register, download and install any necessary audio software.  If you are unable to listen live, the conference call will be archived on the Company’s web site. 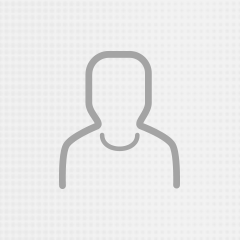