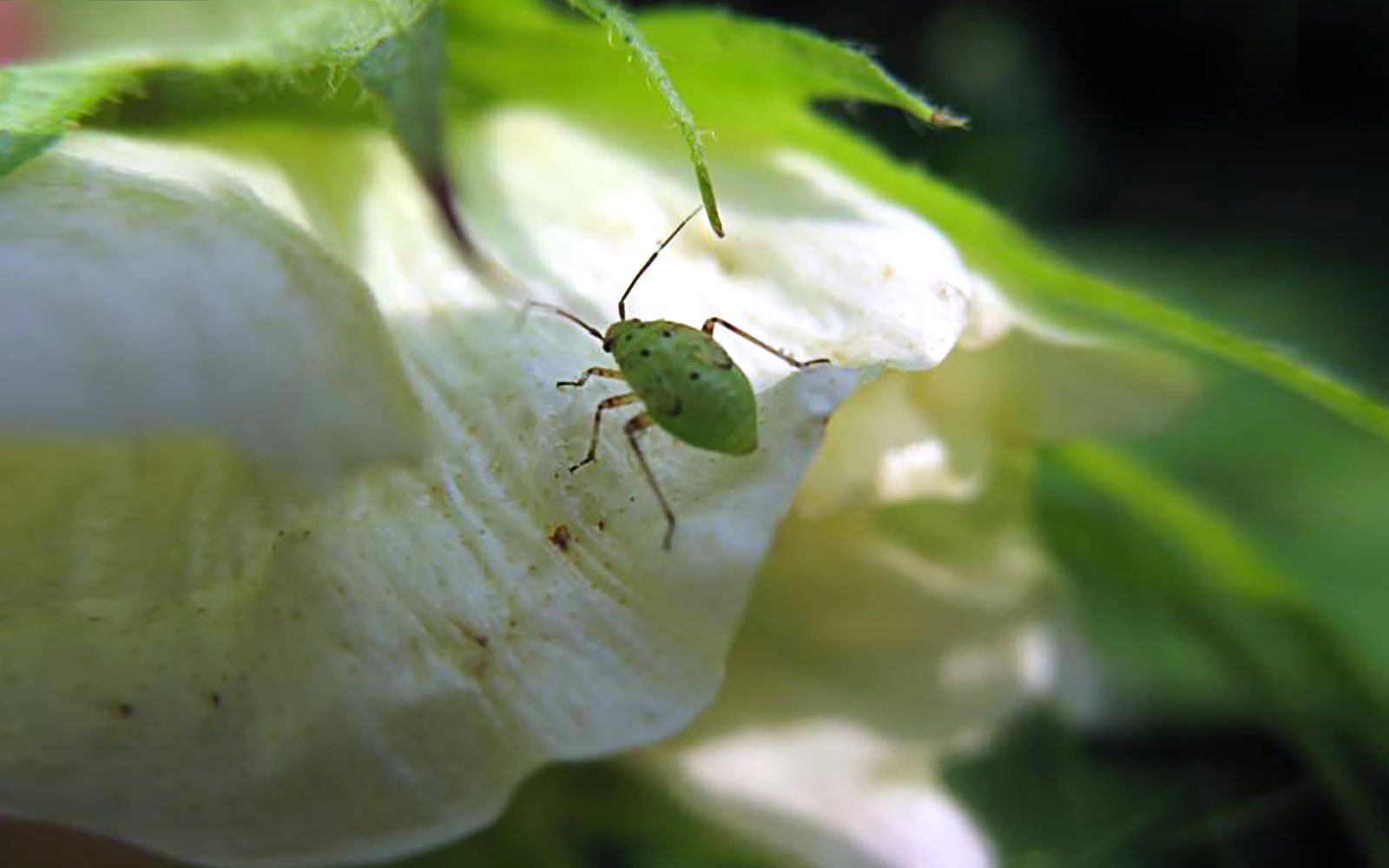 The tarnished plant bug (TPB), or Lygus lineolaris, is not a friend to mid-south cotton fields. In fact, the pest has been responsible for significant cotton yield losses over the last 30 years. TPBs are present throughout the cotton growing season. However, it’s what the TPB does to the cotton plant during flowering stages that makes it especially dangerous. Adult pests and their young feed on cotton during the flowering period, eating away at squares and small bolls. It’s not uncommon for TPB to cause near-total crop loss in the absence of effective control strategies in the Delta region. And, crop rotation doesn’t typically help, as adult TPBs migrate from plant to plant and cotton field to cotton field. That’s why it’s critical to have an effective plant bug management strategy.

Mid-south entomologists have worked diligently to develop established thresholds for spraying bugs in the early season. Gus Lorenz, extension entomologist at the University of Arkansas Division of Agriculture Research and Extension, says that it’s important for growers to remember that a little bit of square loss is not bad. “We want to spray when we have threshold levels of plant bugs, but the key is not overdoing it by spraying too much and trying to retain every fruit on the plant,” said Lorenz. “We recommend a minimum of 80 percent or above square retention. We have data indicating that a little bit of square loss is better than no square loss at all because the plant overcompensates for the bit of loss. It’s important to wait until you have enough plant bugs to justify an application prior to bloom, or you’ll put unnecessary stress on the plant which will cause it to shed.” Lorenz says a threshold of 10–12 plant bugs per 100 sweeps early in the season before bloom is a standard recommendation for Louisiana, Mississippi, Arkansas and Tennessee. Neonicotinoid insecticides are common options for plant bug control from first square to bloom.

As we get into mid- to late season, it’s recommended to change to a new insecticide mode of action that covers all stages of the plant bug life cycle: eggs, nymphs and adults. Controlling plant bugs after the canopy closes is a challenge, so it’s critical to go into canopy closure with plant bugs under control. If plant bug numbers are high, growers will have better luck with tank mixing insecticides rather than using a single product. “This has been a wet season for us,” said Lorenz. “Many growers in the mid-south are behind schedule planting. You have to assume that plant bugs are going to be an issue for us. And plant bugs can cause the most problems on a late crop. Bidrin® insecticide plus bifenthrin is a good tank mix combination to get control of plant bugs once we reach bloom.”

Due to mid-south’s wet season, growers are noticing fields with wild hosts in bloom. Both growers and consultants will be scouting on a regular basis to avoid getting into problematic plant bug issues this year. “Plant bugs are already starting to develop on wild hosts and reproducing,” said Lorenz. “By the time we get cotton up to the point that we’re getting fruit, we’re going to see some pretty big plant bug numbers moving into the fields. Bidrin plays an integral part in our plant bug control in Arkansas. It’s one of those products that we lean on, particularly in the mid- to late season because it provides us good knock down and fast control. We especially like it tank mixed with a pyrethroid or bifenthrin.” Late season plant bug applications of Bidrin tank mixed with bifenthrin has the benefit of systemic control to quickly knock down brown stink bugs in addition to plant bugs.

Bidrin insecticide is rainfast in three hours which is a great advantage when summer popup thunderstorms are common. It also has the benefit of not flaring spider mites.

For more information on current pest pressures or growing conditions, connect with your local extension office.

Bidrin is a restricted use pesticide. Important: Always read and follow label instructions. Some products may not be registered for sale or use in all states or counties. Please check with your state agency responsible for pesticide registration to ensure registration status. All products are EPA registered.